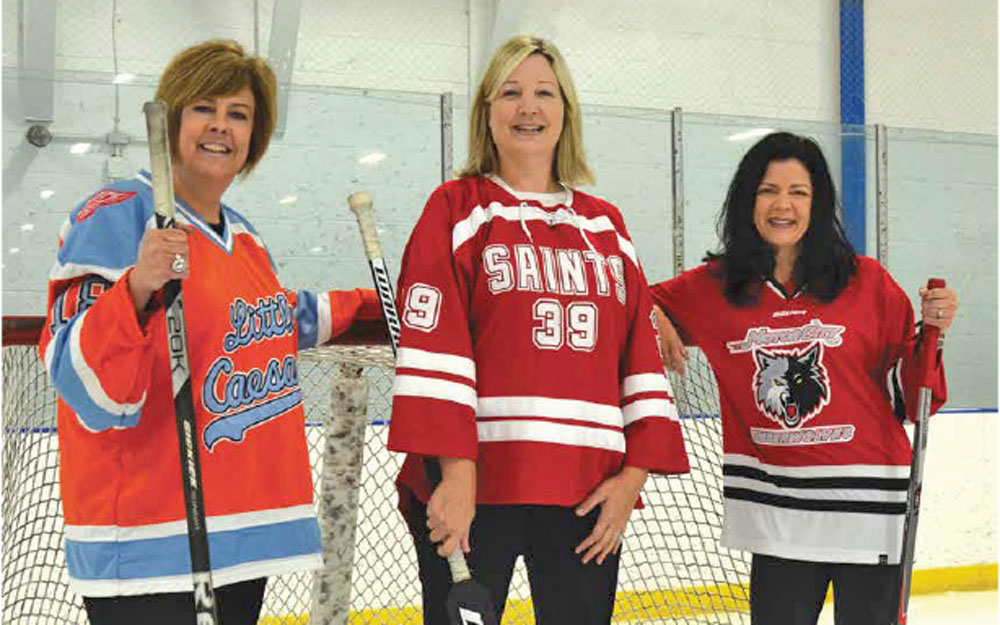 We don’t need a Reality TV Show on Hockey Moms here in Macomb County. Or do we?

If Macomb County had a Reality TV Hockey Mom show, like the one in Minnesota premiering this winter, there would be hundreds of local moms vying for the main characters. We could easily find all types, at all ages, to cast with many having multiple children playing both boys and girls hockey. From mite to squirt, house to travel and even college hockey Macomb Now has cast three hockey moms to our version of Macomb’s Reality Hockey Moms.

These moms lace up their player’s skates until their fingers turn purple, they wash some of the smelliest equipment known to man, and they load thousands of miles on their SUVs while driving from rink to rink.

The real Hockey Moms we write about have given their sons and daughters hours upon hours of time bundled up in cold rinks on winter days – all because they wear the badge “Hockey Mom.” If they were on TV, we would be applauding them!

Hockey Mom Julie – the Reserved one 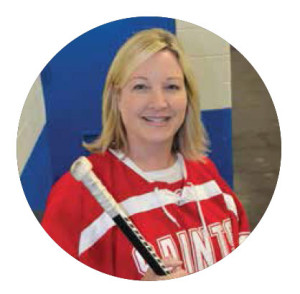 Doppke considers herself to be the quiet, observant, highly organized hockey mom. “I cheer them on. I’m enthusiastic but I’m not obnoxious,” she continued. “With four kids in hockey I have calendars galore! An outsider looking in would think that this lifestyle is crazy, but my kids are having a blast.”

Doppke explains that being a hockey mom doesn’t leave a lot of free time. “It’s what we’ve chosen to do. You have to support your kids and make it a priority.” 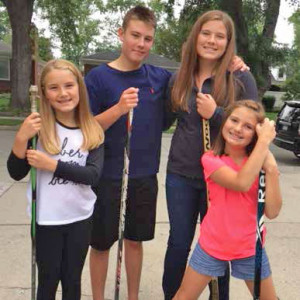 Doppke’s husband, Paul, has also dedicated numerous hours to the sport, being in his 10th year as president of the St. Clair Shores Hockey Association. “This might be why I am the reserved type. I know the time it entails to plan these leagues and run everything,” said Doppke.

Doppke said that despite the busy schedule and constant running around, she loves every minute of being a hockey mom. “You give up a lot of your own time, but on the other hand, you spend hours and hours with other parents who have similar interests as you and you make friends with people that you never thought you’d meet,” she said. “I wouldn’t have it any other way.” 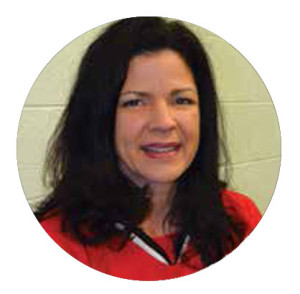 Wilkinson fits in as the cheerleader of the moms. “I definitely get into the game and yell a lot,” she said.

Wilkinson said her role as a hockey mom includes assistant team manager and athletic trainer. “I’m by no means a fulltime manager. That job is so hard and intense, but I help when I can.” She also runs the off-ice practices for her oldest son’s team. “I think Nicholas is happy to have me involved.”

Before her boys started hockey, Wilkinson knew nothing about the game. “We got a bag of hand-me-down equipment from the St. Clair Shores ice rink for Nicholas,” she said, “My husband, Scott, grew up playing, so he made me a diagram of how to put it all on.” 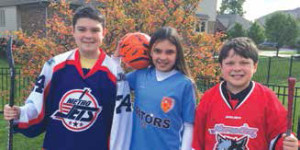 Wilkinson, now a full-blown hockey mom, wakes up every morning at 4:30, organizes schedules, cooks healthy meals, and simultaneously juggles her own career as a physician assistant at St. John’s Hospital Department of Orthopedics.

Wilkinson believes in the benefits of being in competitive sports. “Through being on a team, the kids are learning life skills,” she said. “Also, the hockey community has allowed our whole family to branch out. It’s such a small world – you are consistently overlapping with old and new friends.”

Hockey Mom Gigi – the Type A 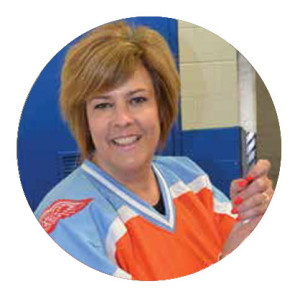 “My dad got Zach involved in hockey when he was really young. He ran a jersey stand at Joe Louis Arena for 50 years and would bring Zach down there to skate all the time. Zach was a natural,” she said.

Badalamenti fits the perfect Type A hockey mom. “I’m completely brutally honest” she said, “If they play bad, I let them know it! You can’t play at this level and not buy in and not give it your best all the time.” 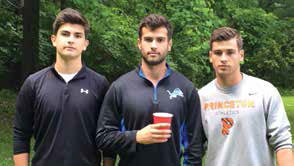 She believes that her boys’ success stems from learning to juggle school and rigorous athletic schedules. “When you play a high level of hockey, you have to be a high achiever. My boys are very structured, otherwise they would not thrive.”

In hindsight, she joked that she and her husband “Could have been in Aruba instead of a 40 degree rink!,” but she would not change a thing. “With all the crazy traveling in AAA hockey, my son at 22 has seen more of the world than I have. You can’t replace the good stuff. They are all where they should be.”

Our cast of hockey moms varies in personality and you can imagine the drama that could unfold in a our reality TV series each week. But they each share one common thing, an unrelenting love for their children and the sport of hockey. Badalamenti sums up the life of a hockey mom best, “As much money as it is and the crazy hours that we spend in the rinks, you can’t take away the experiences we’ve had and the friends that we’ve made.”